Home » iPhone Scam Can Pop Up and Cause You Trouble

iPhone Scam Can Pop Up and Cause You Trouble iPhone users should be aware that, should you encounter a pop-up that reads “Your Apple iPhone is severely damaged”, you don’t need to be concerned—beyond the concern you’d have for any other threat, that is. This pop-up is just a recent iteration of a common phishing scam that aims to fool people into downloading apps that enable hackers to access personal information.

When you think about it, this is kind of a brilliant strategy for a hacker to use. People tend to panic when they see a message like that…and that panic creates an opportunity for the hacker to embrace. What’s your response when your phone has an issue? More than likely, somewhat thoughtless, and this is what an attacker is counting on as they do it.

Fortunately, avoiding this threat is as simple as closing the pop-up immediately, and avoiding the provided link. This link would only initiate the download of malicious software and applications, or bring the user to a form meant to harvest personal information.

This scam has quite the reach, for one specific reason: iPhones are very popular.

iOS, the operating system that powers Apple’s mobile devices, is widely known as being the most secure of the major mobile operating systems out there. This is largely due to the marketing efforts of Apple and has become less and less true with more people actively targeting iOS with their code. Overall, however, iPhones have retained their reputation for top-notch security.

This scam leans into this reputation, as it effectively phishes the device’s user, generating fear and urgency that can be leveraged to manipulate the user into acting. As a result, the attacker’s motivations can be accomplished.

Fortunately, simply closing Safari without interacting with the ad prevents this threat from doing any damage. After all, you are also avoiding the risk of accidentally downloading unwanted and malicious applications that could bring operational problems to them.

So, if you use an iPhone as millions of people do, make sure you keep an eye out for these kinds of scams. Mobile devices are hugely popular, so attacks against them are becoming more common.

Here at COMPANYNAME, we’re committed to helping you and your business become more secure through both education and proactive IT services. Find out more by calling us at PHONENUMBER. 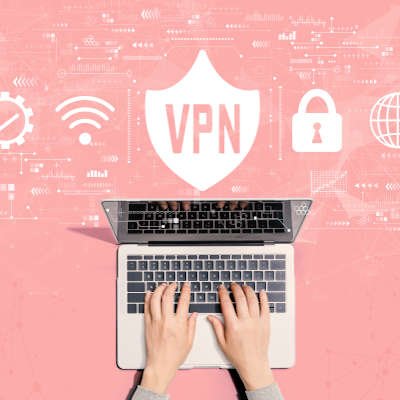 It’s Time to Get a VPN

A virtual private network (also known as a VPN) is something that more and more businesses are using, especially now while most of the workforce Don’t Abandon Your IT Projects Halfway Through

So, you’re looking to improve your business’ technology…that’s great! More effective IT solutions are critical to helping boost your success. However, it is important to