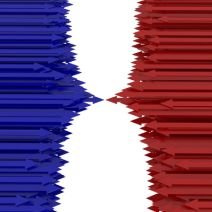 In 19th century America, the hottest innovation for political campaigns was the exposed stump from a fallen tree, thus the stump speech. This technology revolutionized politics by allowing the candidate to elevate himself above the crowd for greater visibility and to better project one’s voice. Today, the political stump speech is obsolete, having its usefulness far surpassed by the technologies of the modern age.

Here are three technologies that are changing the way that today’s political candidates are getting their message out to the voters.

That’s One Vote For Social Media
The power of social media to change a political landscape shouldn’t be underestimated, take for example the recent “Arab Spring,” which saw the overthrow of multiple Middle Eastern governments by populations connected by social media. Reasons like this are why it’s mandatory for a candidate to have a page on each social media platform, especially Facebook and Twitter.

One advantage of social media is that it provides the candidate with a somewhat accurate sense of where the public stands on hot-button issues–as they’re trending. And judging by the reactions to a post, they can quickly get feedback from their supporters, as well as easily scan their opponent’s social media pages in order to see where they stand on the issues. Forums like Reddit also provide a valuable way to interact with voters, and many traditional media outlets include a candidate’s social media postings in their reporting.

The Smartphone For Four More Years
With so many people having a smartphone in their pocket, the game has changed for how candidates behave and what they say. Thanks to today’s sound-bite society, a politician has to assume that their actions and words are always being recorded by a nearby smartphone user, which adds an increased amount of pressure to the already-stressful task of campaigning–but this is just the norm for life in today’s public eye.

However, a savvy politician knows how to leverage smartphones to get a leg up over the competition. A candidate seeking a high office will often have a large team of volunteers drumming up grassroots support, and a team armed with smartphones makes it easier than ever before to stay connected and pass on tips to headquarters.

Today’s candidates also must make use of every precious moment of campaigning and take advantage of every opportunity. Smartphones afford candidates this luxury with robust scheduling features and the ability to call in for interviews–whilst between interviews. Many of today’s major candidates utilize their own mobile app to stay connected to a voter’s phone.

Promises So Lofty You’ll Swear You’re in the Cloud
Cloud computing essentially eliminates the geographical limitations of any campaign. Thanks to the cloud providing users with anytime/anywhere access to important files, a candidate can organize a campaign across great distances. In a way, this kind of takes the romance out of campaigning by not technically requiring a candidate to visit every community, but it’s still good form to do.

The cloud also provides politicians with an affordable computing solution. This comes in handy because they’re often on a tight budget. And in the same way that a candidate will rent office space instead of buying property, the cloud provides the candidate the option to lease computing space instead of purchasing an IT infrastructure.

Whether you’re into politics or not, it’s obvious that these three technologies can enhance your business in the same way that it enhances a campaign. By taking advantage of social media, mobile technology, and cloud computing, your business can leave a favorable impression on your market that would make any politician green with envy. To find out what our platform can do for you, call Symmetric IT Group today at (813) 749-0895. 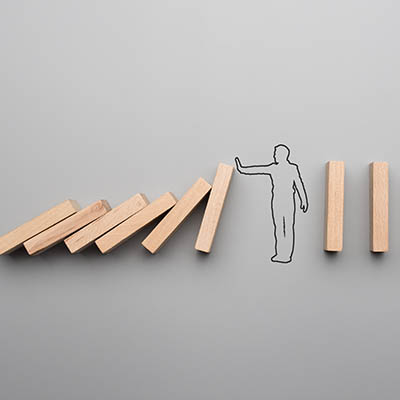 Proactive Remote Maintenance is the Key to Success Long-Term

Many businesses struggle with IT maintenance and management. Maybe they don’t have the resources to perform in-house maintenance due to a lack of funding and,

Passwords May Be “Ineffective,” But They’re Still Necessary: Business IT Support

It seems like we can’t go on the Internet without reading about some sort of data breach. Sometimes they’re caused by poor security measures, like