Cyberbullying is a Serious Issue Everywhere

As technology has evolved, so have our capabilities of using it. While this has led to great improvements in how we can live our lives, it has also made it much easier for us to torment and harass one another. Many people think of bullying as well as cyberbullying as being among younger individuals, but this spans across all age groups. Cyberbullying is a huge problem, and growing, so it is important to know how to take a stand against it – both at home, and in the workplace.

The Cybersmile Foundation was formed on June 17th, 2012, to help spread awareness of this problem and promote online inclusivity over toxic harassment and abuse. Unfortunately, their efforts are very much needed, as cyberbullying is still a pervasive problem. Cyberbullying is a serious issue everywhere.

Since Cyberbullying is a Serious Issue Everywhere We Must Start With Asking – What is a Cyberbully?

A cyberbully is pretty much what it sounds like: they are someone who torments others, causing them pain and angst, over a digital medium. Common media for a cyberbully to leverage include social media, online forums, and even texting and instant messaging. Since this form of harassment doesn’t require the bully and their target to be in the same place, there is a much greater timeframe of opportunity for this kind of bullying to take place. While many cyberbullies work alone, it isn’t uncommon for groups of people to engage in such activities cooperatively. Not only can this kind of bullying be very public, it can more insidiously be kept private, and many cyberbullies act anonymously to protect their own identities. Even worse, a total stranger may be the one to target someone as a victim of their attacks. Many can hide behind fake usernames and photos as well, so sometimes it can even be hard to pinpoint who the culprit is.

What possibly makes cyberbullying so insidious, is the fact that the target may not even be aware that it is going on. If, for instance, nasty things are being said on a social media platform or profile that the target cannot access, the only way they will find out is if someone says something – which doesn’t always happen.

While it may be known best as something that kids and adolescents have to contend with, cyberbullying has been seen among all age groups. This has only become even more prominent in an increasingly digital workplace, where tools like email, instant messaging, and social media are leveraged for their productivity benefits. Considering this increase, it comes as no surprise that the workplace is becoming prime hunting grounds for cyberbullies. A study that polled almost 3,000 people found that 96 percent – yes, 96 – had been on the receiving end of workplace bullying.

Whether this cyberbullying takes the shape of gossip over instant messages between conspiring coworkers or a manager that sends abusive and unpleasant emails at intentionally inconvenient times, it creates a hostile work environment that erodes motivation and engagement and makes collaboration effectively impossible. Having a work environment where employees feel comfortable enough to speak up and report these bullies is important.

What Can Be Done

There are actions that both the recipient of cyberbullying and their employer can take to discourage this kind of unprofessional and hurtful behavior from occurring.

First, if the recipient of this kind of abuse is aware of the situation, they need to keep a cooler head and speak up for themselves. Calmly, rationally, and politely, the recipient should inform the perpetrating coworker that the behavior is to stop.

The receiving employee should also start collecting evidence. This will help them support their position if the time should come that they need to lodge a formal complaint. Keeping emails, social media posts, and other instances that they feel constitute abusive and hurtful behavior will give them what they need. Furthermore, they should also educate themselves on their rights as they pertain to their personal information. If some has been shared by the cyberbully, there could have been some laws broken. Neither defamation nor data protection are laughing matters.

An employer should want to create a working environment that runs smoothly, making it more likely to be productive. Harassment and cyberbullying throw a wrench in operations, so it only makes sense that an employer would want it to stop. Furthermore, the employer needs to make it clear to their employees that cyberbullying will not be tolerated. To do this, there should be a policy prepared that informs their employees what conduct will not be tolerated between employees, inside and outside of the office and work hours. This policy should be introduced during a new employee orientation, and if the issue was widespread enough, reviewed among the staff after an instance of workplace cyberbullying. Having it written down somewhere employees can refer back to would also be useful.

For more information about cyberbullying and additional resources, visit the official Stop Cyberbullying Day website. Technology is meant to help us grow as businesses, as people, and ultimately, as a society – not to tear each other down. Together, we can work to make that more the case. At Symmetric IT Group, we can help set up the Managed IT Services and IT Support your business needs to be as productive and safe as possible. 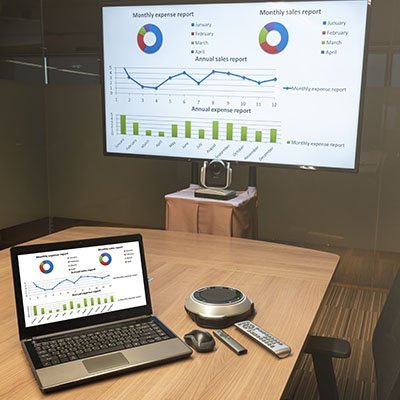 Tip of the Week: Taking You Through Embedding a Video with PowerPoint

When looking to present an idea, the first two options people think of are often to use a video, or to use a slideshow (typically, 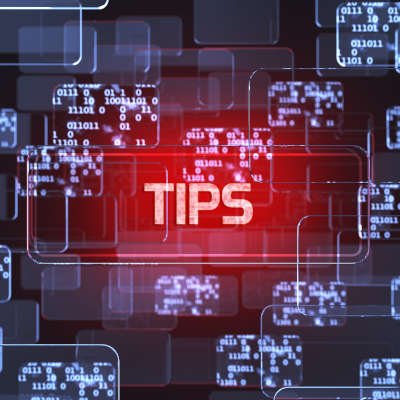 Tip of the Week: Handy Tricks to Formatting Excel Spreadsheets

Microsoft Excel is, for many, the de facto spreadsheet-creation software. However, fewer know about its useful formatting capabilities and shortcuts. Like many other businesses, we