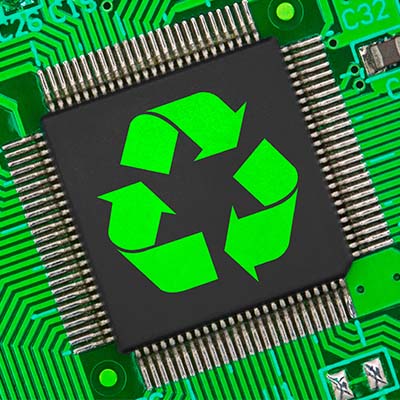 Discarded electronics, including the hardware that so many Florida businesses cycle through, are a big problem, and not one that we can ignore for a variety of reasons. Let’s explore the issues surrounding e-waste, as well as what can be done to reduce it.

First, let’s explore why e-waste is as big a problem as it is.

“E-waste” is a blanket term that covers all electronics that have reached the end of their utilization and have thereby been discarded. Due to the materials that electronics are made of, these devices can lead to some serious issues down the line.

We really do mean all electronics, as well. With so much modern technology now relying on computing components in some way, shape, or form, you’d be hard-pressed to find something that didn’t qualify as e-waste. Naturally, computers and their peripherals qualify, but so do the majority of appliances, office equipment, and other gadgets. Practically every gadget has some “smart” functionality built into it.

However, it is important to remember that a device does not have to be “smart” to be classified as e-waste. All electronics quality—which helps put the scope of the problem in a clearer view.

According to the United Nations Institute for Training and Research, 2019 saw 53.6 metric tons of e-waste generated. This marked an increase of 21 percent in a period of five years, with only 17.4 percent of this e-waste being recycled. The report that UNITAR released also shared other disturbing tidbits, like the fact that $57 billion worth of valuable materials like gold and silver were just dumped and/or burned.

E-waste is a serious issue. Not only is it wasteful, it is also highly damaging to the environment, as many of the materials involved either take centuries to properly break down, or are actively toxic. In some cases, both statements apply. In no uncertain terms, this is not good.

…and some of their ideas are pretty darn creative.

For instance, when the G7 Summit was going on at the Carbis Bay Hotel in Cornwall, it was done so under the watchful gaze of “Mount Recyclemore”, a sculpture created by sculptor Joe Rush as a message to the assembled leaders to keep the damage of unrecycled electronics in mind.

All of whom were, at the time, attending the G7 Summit.

Constructed out of 20,000 pieces of e-waste in total, the seven figureheads each measure about 10 feet tall. Rush explained to the BBC that the idea behind the sculpture was to communicate to these leaders that e-waste was a problem they all needed to address, and that the message was for them to talk to one another about solving it.

The striking sculpture has since been moved to the Eden Project, a charity meant to educate people about environmental impacts and the different ways that they can be reduced.

There are a lot of benefits to your business choosing to recycle its old electronics, including:

If you’re looking to dispose of your old technology without creating E-Waste, and if you’re looking for new equipment to replace it, turn to COMPANYNAME. We’ll help you through the processes involved. We know how to back your data up safely, and upgrade your business with the technology it deserves. Give us a call at PHONENUMBER to get started. Check out our Business Continuity page to learn more about our backup services. What is a Zero-Day Exploit?

While security researchers do their best to find security vulnerabilities in software and systems before they are actively exploited by attackers, they can’t be successful 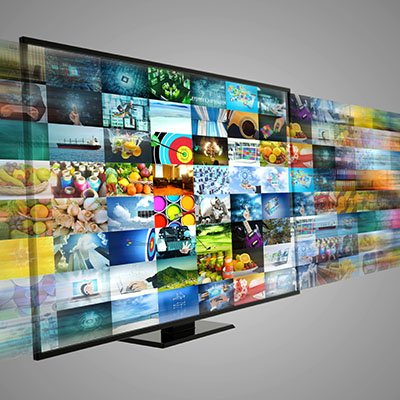 How Does Streaming Technology Work?

It feels like streaming is everywhere these days, from video content to music to video games. Coincidentally, it also happens that innovations in cloud streaming