Hackers are always coming up with new, unprecedented methods of hacking unsuspecting victims. Despite their best efforts, IT Support professionals have managed to keep up with threats, but this only forces threats to continue to innovate. In fact, some hackers are even capable of using radio signals to hack into an unconnected device and steal confidential corporate data. At Symmetric IT Group we provide a remote monitoring Managed Service in Tampa that is specifically designed so that we keep an eye out for suspicious activity.

Researchers in Israel have developed a technology that extracts information from a machine using radio frequencies and wireless communications. This might not sound intimidating at first, but what if we mention that these attacks can target isolated machines that have no connection to the Internet or your network at all? These types of disconnected devices are often in such high-security locations that employees aren’t even allowed to bring their mobile phones anywhere near the machine. Such powerful security measures should be enough to protect this data from just about anything–everything except radio signals.

The researchers in question have proven that these methods can be, and already have been, used to siphon data from disconnected devices. Cyber Security Labs at Ben Gurion University have dubbed this technique “AirHopper.” By using radio frequencies, the researchers succeeded in leaking information from isolated machines via their transceiver. This is one of the methods the NSA used to spy on foreign countries.

While the researchers haven’t explicitly stated that they use the same method as the NSA, it’s still very similar in nature. They created a malware that can be sent by a mobile phone’s FM transmitter; from there, in theory, it can infect other devices in range. Infected devices then proceed to generate more radio frequencies to infect other devices in range. According to WIRED magazine:

The data can be picked up by a mobile phone up to 23 feet away and then transmitted over Wi-Fi or a cellular network to an attacker’s command-and-control server. The victim’s own mobile phone can be used to receive and transmit the stolen data, or an attacker lurking outside an office or lab can use his own phone to pick up the transmission.

This kind of technique is, without a doubt, complex. Only the most skilled hackers have any hopes of pulling something like this off. However, it should be noted that it’s not as unlikely as any other advanced hacking attack from being exploited. The most likely way this kind of threat can attack a disconnected system is through a USB device or flash drive, which significantly limits the potential for attacks. Only those who have physical access to the machine would have any chance to infect it, even unknowingly, but this doesn’t mean you should let your guard down.

In fact, the importance of monitoring your IT Support infrastructure for discrepancies can’t be emphasized enough. Limiting who has access to mission-critical disconnected and connected technology is the first step toward protecting any information stored on it. Using secure USB devices is another necessary step which can prevent potential hacking attacks from occurring. Data leakage is a primary concern for all businesses, and your business could be held liable if sensitive information is stolen. In order to prevent these catastrophes, your business should be prepared to maximize security.

Symmetric IT Group’s remote monitoring Managed Service in Tampa is specifically designed so that we keep an eye out for suspicious activity. We’ll take the necessary precautions and neutralize threats before they cause irreparable damage. Give us a call at (813) 749-0895 to learn more. 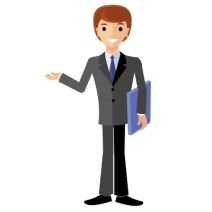 Let Us Coordinate All of Your Technology Vendors So You Don’t Have To!

When it comes to technology, it’s often difficult to understand how every bit of it fits into a complete IT infrastructure. In fact, if you 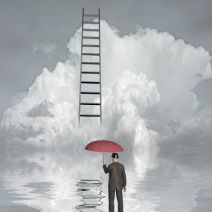 Today is Disaster Preparedness Day! This means that there’s no time quite like the present for preparing for potential future data emergencies. While the type