Home » Tip of the Week: How to Respond to Internet Trolls and Online Criticism

Tip of the Week: How to Respond to Internet Trolls and Online Criticism 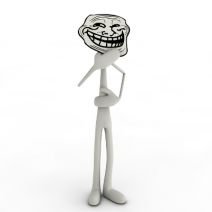 Not everyone you meet on the Internet is going to have the same opinion as you. This ordinarily wouldn’t be a problem, since most people are reasonable and can realize when not to open their mouth; but on the Internet, anonymity breeds a foul creature with a mind for mischief: The Internet troll. They often respond to posts and comments in a condescending or crude, obnoxious manner in a deliberate attempt to anger the original poster.

What kind of critters do you think of when the word “troll” is used? Maybe you get an image of an ugly little humanoid creature with a face only a mother could love. Or, maybe you think of the hulking monstrosities from The Lord of the Rings movies that use brute force to beat down the opposition. The truth is that Internet trolls, not unlike the creatures seen in most popular consumer media, have an ugly attitude and want to ruin someone’s day. Wikipedia provides a pretty accurate measure of what an Internet troll is:

[…] a person who sows discord on the Internet by starting arguments or upsetting people, by posting inflammatory, extraneous, or off-topic messages in an online community (such as a newsgroup, forum, chat room, or blog) with the deliberate intent of provoking readers into an emotional response or of otherwise disrupting normal on-topic discussion.

In essence, an Internet troll goes on the Internet and makes comments with the express desire to ruin someone’s day or derail a topic in discussion. Even worse, the troll can’t be blocked by a simple antivirus or firewall. A troll attacks your blog or social media posts in order to entice you into reacting rashly, and if you’re not careful, you might say something that you’ll quickly regret. Online “trolling,” as it’s called, has proven to be a dangerous act, as seen by Britain’s movements toward punishing trolls with jail time for abusive online behavior.

Trolls Just Do It for Fun
Unfortunately, this might be a wakeup call for some people who believe that the Internet is a wonderland of crazy kitties and viral videos. Why would some people go to such lengths to ruin the Internet experience for everyone else? It’s probably for the same reason hackers steal data and create malware and other threats. They just feel like having fun or profiting at someone else’s expense. The anonymity of the Internet is what makes trolling so commonplace. People can supplement their need to be jerks without revealing their true identity, which is the ideal situation for most trolls.

How to Stop Feeding the Trolls
It’s frustrating and annoying when you’ve become the target of a troll attack. You might want to immediately respond and say exactly what’s on your mind, but we recommend that you take a step back and think carefully about what you are going to say before you say it. Basically, you need to think about how you respond to criticism, be it serious or legitimate “trolling” (It’s funny how often these two can be misconstrued). It’s important that you don’t confuse legitimate arguments with those who are arguing for the sake of arguing.

Whether or not you even need to deal with trolls is another issue altogether. If you let these people do whatever they want on your posts, it could mean the end of any civilized discussion. Furthermore, if their vocabulary is “colorful,” you might have some offended blog visitors on your hands. Therefore, it’s necessary to monitor and maintain your comments, but it’s also important that you don’t give in to these trolls. So, you can either respond, or ignore them; but there’s hardly any iron-clad definition of right and wrong here.

If you respond, be careful. Technology consultant and writer Jeff Reifman suggests that you only address parts of the trolling that are unwarranted. Furthermore, you should respond “only if you have good intentions.” You don’t want to unintentionally start a war in your social media feeds.

Say what you need to say, then let it go. Internet trolls are an obnoxious waste of time in most cases, but you need to get the point across to your other viewers that you interact with them, and that you’re capable of defending your opinions or statements with facts. An alternative option is to disable comments on your posts, but this can prevent others from expressing positive comments. Overall, it’s a fine line you must walk in order to minimize trolling, and one which must be traveled with caution.

What are some of your thoughts on Internet trolling? Have you ever fallen prey to it, and how did you resolve the situation? Let us know in the comments. 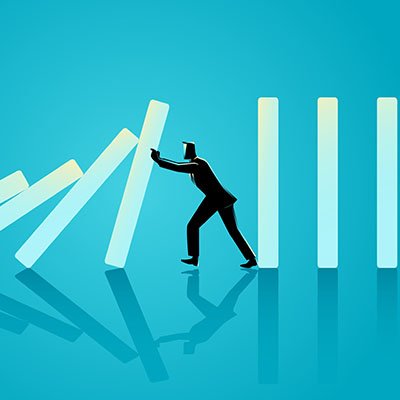 Business Disasters Can Take Many Forms

We often think about disasters in the context that they completely destroy the office, rendering your business incapable of operations. However, this is only part 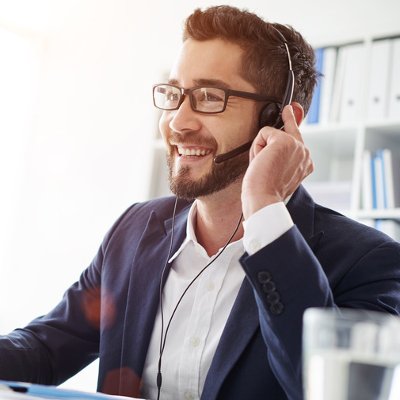 Let’s say that your team is deep within the throes of productivity on a major project, and even the slightest hiccup will knock off their