Home » Why Multitasking Doesn’t Work (and What to Do Instead)

Why Multitasking Doesn’t Work (and What to Do Instead) 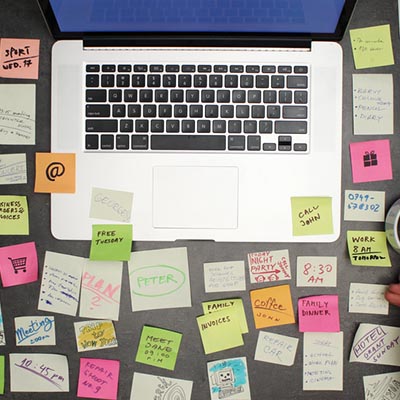 In the business world, productivity is everything, which means that many will try to boost their productivity however they can. Many swear by multitasking, or the practice of conducting many tasks at once. However, evidence shows they are mistaken. We’ll go into why multitasking doesn’t work and offer a few more effective alternatives.

The Fallacy of Multitasking
Many people believe that multitasking is working on two things simultaneously. You may even be one of these people. If so, I have some bad news for you: multitasking is a myth.

Seriously, it doesn’t exist. Let’s try a brief experiment. Start fiddling with something on your desk as you read this blog:

The human brain isn’t wired to work that way. It isn’t that men or women are better at it, or younger people are more practiced at it… it just isn’t a thing, at least, not in the way a lot of people interpret it.

Science has shown that the human brain is designed to commit to a singular cognitive task at a time. What is perceived as “multitasking” is simply the brain switching from one task to another.

One of the reasons we’re so inclined to defend our multitasking habits is because we appear to see so many examples of it in real life. As we “multitask,” we’re likely switching between many, bite-sized tasks. Between checking email, updating social media, planning where to go for lunch, and all the other easy decisions we make every day, there’s a release of dopamine.

Due to this, we are spurred to continue jumping from mini-task to mini-task, and we feel like we’re accomplishing a lot (when we really aren’t).

Why Multitasking Doesn’t Work
There are assorted reasons that multitasking isn’t exactly good for our productivity, or even our physical well-being.

Multitasking isn’t any more productive.
In fact, your tasks can ultimately wind up taking longer.

Let’s say that you need to accomplish two tasks, A and B, which take 45 minutes and 90 minutes respectively, or 135 minutes, or 2 hours and 15 minutes in total. Now, consider how these tasks would break up if we multitasked and switched between each task every 15 minutes and 30 minutes, respectively.

You get to work on task A, and then B, and then A again, switching back and forth until each task is completed. Since multitasking doesn’t make you work any faster, you still take 135 minutes to complete both tasks. Strike one against multitasking.

Now, for strike two, let’s examine how these tasks would have progressed during that time. Doing these tasks one at a time would mean that A would be done in 45 minutes and B done 90 minutes after that, totaling 2 hours and 15 minutes.

Multitasking, on the other hand, changes things. If you switch between them the way we established above, by the time the 45-minute mark rolled around, you’d have only worked on task A for 15 minutes and B for 30, meaning that each would only be one-third done in the same amount of time it would take to complete one task if focusing on it exclusively. Continuing this pattern, instead of completing A in 45 minutes, you’d be done with it by minute 105, a full hour later than it would have been finished otherwise.

Multitasking stresses us out.
Switching our trains of thought so violently is exhausting. This is largely because switching tasks in such a fashion encourages the production of cortisol in the brain, otherwise known as the stress hormone. More specifically, cortisol is the stress hormone that lingers for extended periods of time in the body. As a result, not only are we tiring out our brains, reducing our ability to handle stress, we are actively producing the hormone that produces it.

As if that wasn’t bad enough, that’s hardly the half of it:

Multitasking is bad for the brain.
Research has repeatedly shown that attempting to multitask could potentially be the source of assorted mental health issues, or at least have some correlation to them. For one, multitasking can greatly diminish cognitive abilities. One study demonstrated that multitasking dropped the IQ scores of adult subjects enough to bring them to the level of an eight-year-old, much like a sleepless night has been shown to do.

Furthermore, in addition to one’s intelligence quotient, one’s multitasking habits have also been shown to stunt one’s EQ as well, or their emotional intelligence. EQ covers key considerations in the office environment, including awareness of oneself and social relationships. Testing the EQ levels of over a million people, emotional intelligence training firm TalentSmart found that over 90% of industry performers have high EQs. In short, multitasking actually makes our capacity to do quality work suffer, as our stamina, cognition, and memory are all affected.

Fortunately, like any habit, multitasking can eventually be broken through the adoption of better, healthier habits. These habits include:

Avoiding Free Time: Or, in other words, resisting the urge to dive into another project while you’re waiting for a response on the one you’re currently working on. This is not to say, of course, that you should sit and wait until you get a response for hours on end.

Instead, you should take the moment to run through your project and evaluate where it stands. Is it set to accomplish what it is supposed to? Once you’ve spent some time doing that, you might consider moving on to something new, but only so long as you resolve to drop it the instant your original task can resume.

Communicate With Your Team: Let’s face it, most of your work distractions are going to come from others within your organization, or at least other business matters. Your productivity will require you to discourage and/or ignore these distractions. Make sure you communicate that you are unavailable at the given time.

Disconnect: On a related note, try minimizing the other distractions that may come in. Email, for all its benefits, is a notorious source of distractions in the office. The best approach is to silence your email notifications if possible, and schedule out set times to check your inbox.

However, each time we do, there goes our focus. Unless you’re expecting a truly urgent call, power down your phone and keep it stashed away, out of sight. You may be surprised by how much can be accomplished without the interruptions or temptations.

Getting Organized: There’s a reason that people use to-do lists: they are effective. By mapping out your goals for the day and arranging them by priority, you will be able to accomplish more. By remaining mindful throughout your process, you will be able to better focus on what you need to accomplish, rather than the distractions around you. These habits will help you instill a predisposition to monotasking, multitasking’s more effective cousin.

As its name suggests, monotasking is the full dedication of your time to a single task until no more progress can be made on it. Monotasking enables tasks to be completed more efficiently and effectively, ultimately bringing greater progress towards your goals.

We hope this extensive blog helped outline why multitasking doesn’t work. Symmetric IT Group can help you implement solutions with automation capabilities, giving your team less to worry about and less to take their focus away from their productivity. Call us at (813) 749-0895 to learn more about how we can give you the best Tampa IT Support or Kansas City IT Support. 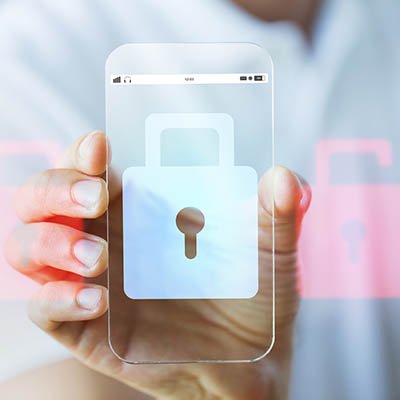 Taking a Long Look at Smartphones

Smartphones are a marvel of modern ingenuity. After looking at employee smartphone use as a problem for much of the past few years, today’s businesses 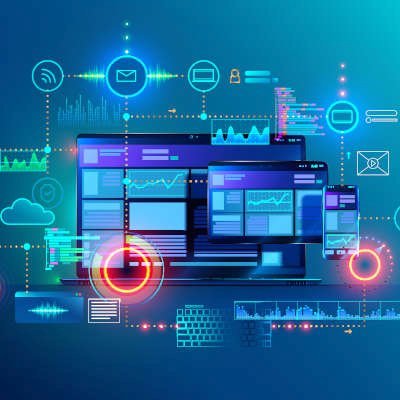 Business Technology Comes in All Shapes and Sizes