Home » How Long Until Automation Takes Away Existing Jobs?

How Long Until Automation Takes Away Existing Jobs? 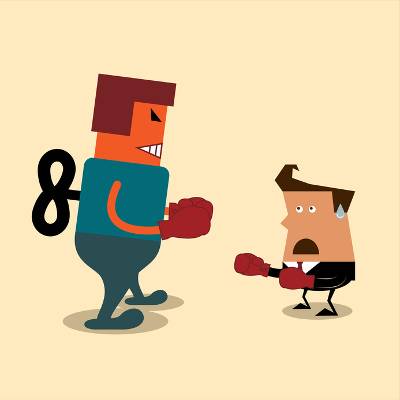 Automation is an increasingly sought-after convenience in the workplace, especially when it comes to repetitive tasks. Some professionals foresee a world which has fully automated assembly lines, but most are only concerned about what this can do for their assets. Instead of freeing up menial positions for others to take on more meaningful existences, could automation destroy these jobs completely?

Think of it in terms of technology. Before email and credit card machines, humans had to deliver mail and take down credit card numbers by hand. This information then had to be processed, which could take several days. But these people had jobs which demanded these tasks, and according to TechRepublic, this movement toward automation could put even more workers out of a job in the not-so-distant future. Companies like Google and IBM have already produced automated technology, like the Google Maps car and the game-show wiz Watson. Kiva Systems has even produced a robot which lifts items and moves them to different shelves of warehouses.

Innovations like these really make you wonder, “Will a robot take my job in the future?” Will automation be able to replace significant portions of your office within the next few years? Should we even be worried about it?

Times Are Changing
It’s a cheesy cliché, but times really are changing. Technology didn’t destroy jobs in the past, but it did shift them. Erik Brynjolfsson of Massachusetts Institute of Technology uses the steam engine as an example. Before the steam engine, people used horse-drawn carriages to move around. Instead of needing drivers for the carriages, society now needed engineers to work on the steam engines. But Brynjolfsson claims that today’s situation is affected by the quick expansion rate of technology. More powerful computers allow for more powerful software Business Applications, which replaces certain human-operated tasks with automated solutions.

Brynjolfsson cites the reason for this change being the drastic differences between the industrial revolution and the information age. He states:

I think it’s going to require a similar level of overall change but it’s probably going to have to happen faster. The steam engine was a remarkable breakthrough and really set off the industrial revolution, but […] it doubled in power and efficiency approximately once every 70 years and quadrupled after 140 years. The computer processor doubles in power every 18 months, 10 times greater every five years, it’s a very different scale of advancement and it’s affecting a broader set of the economy than the steam engine did, in terms of all the cognitive tasks. It’s happening a lot faster and more pervasively than before.

Technological growth easily outpaces the rate at which industrial equipment was produced over 100 years ago. While Brynjolfsson makes a valid argument, not everyone is convinced that technology will replace jobs. Nick Jennings, a professor of Computer Science at Southampton University, feels that automation won’t threaten the number of jobs available:

[I don’t see] major shifts, no. I see a gradual increase in automation and a gradual increase in the software tools that people have to support them in their day-to-day work. I don’t see any non-linearities, I see processing getting better, speeds getting better, more data becoming available and us running more complicated algorithms on that data. I don’t see anything that is going to cause a phase change or a disjunction in one go.

Should We Be Worried?
In previous generations, a country’s productivity would increase as the number of workers increased. Now, however, with the advent of more powerful technology, people are accomplishing more in a shorter period of time. This means that we are getting more done with no increase in overall employment. This trend has grown more steadily over the past few years, and there have been no jobs created due to this.

A similar movement can be seen in the financial lives of individuals. We all know about the gap between the rich and the poor citizens of the United States, but did you know that the average income of the top 10 percent of Americans is over nine times greater than those who live in squalor and poverty? This happened due to there being minimal-to-no increase in the median minimum wage.

According to the Nobel Prize-winning economist Wassily Leontief, “The role of humans as the most important factor of production is bound to diminish in the same way that the role of horses in agricultural production was first diminished and then eliminated by the introduction of tractors.” The positions most likely to be affected by this change in automation, according to Brynjolfsson, are routine positions like call centers and others which have little-to-no variety.

At Symmetric IT Group, we believe that technology should work for you, not against you. We also believe that it shouldn’t supplant your IT Support department. We’ll work together with your in-house IT department to determine your best path into an ever-more-technological world. For more information about the IT Services we can offer your business, give us a call at (813) 749-0895. 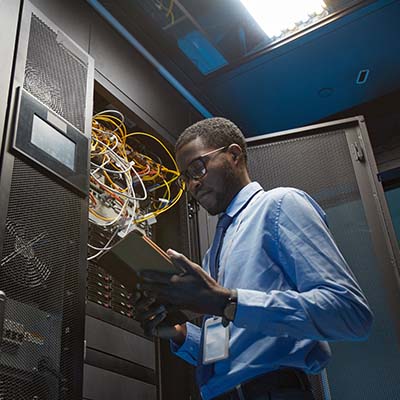 Who’s Behind the Wheel of Your Business’ Technology?

There are countless IT issues that could arise when it comes to managing and maintaining your technology, but the people who are in charge of What’s Your Business Continuity Strategy for 2023?

When you suffer a data breach, you might wonder how you can possibly come back from such an event, especially if it leads to a